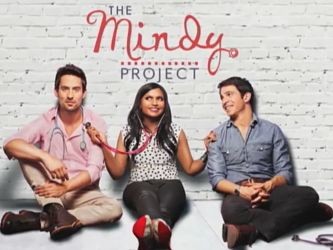 The Mindy Project (highlighted in my Fall 2012 Nerd TV Show Preview) officially premiered last night  Check it out on Hulu if you missed it.

The Mindy Project follows the misadventures of one girl’s quest to find love. Sound like the plot to your typical romantic comedy? Well you aren’t too far off base, since Mindy personifies a character who believes her love life should mirror a Sandra Bullock movie.

Guys aren’t going to understand the appeal of this show show because in their minds women like the neurotic Mindy do not exist, WRONG! Mindy is unfortunately not an over exaggeration of your typical female. Her belief that everything you see in romantic comedies will happen and the concept of “prince charming” has lead her to have a seriously messed up way of handling her romantic entanglements. And although she is a successful doctor her self worth is only measured by finding Mister Right.

Here is a some proof of the crazy things woman will do (Mindy didn’t have to exaggerate any of these behaviors for the show, because woman will actually do all this)

P.S. – Love the move of giving an awesome screw you speech at the wedding, grabbing a bottle of champagne and peace-ing out like a rockstar. Would totally do that myself. Hopefully without falling into a pool.

CHARACTERS
Mindy: Neurotic female, funny, seriously messed up regarding her love life but ultimately a good person and a great doctor.
Danny Castellano: Mindy’s mortal enemy, macho man, goes to Bruce Springstein shows, tells it like it is and is obviously her eventually love interest.
British Guy: Hugh Grant wannabe, scoundrel, douchebag, sleezy, sex addict but charms the pants off everyone with his accent.

Although I’m being a little preachy about the premise of this show, I think Mindy is funny and likable enough to pull off this character. Plus writing from Mindy Kaling is never a bad thing (The Office anyone?). Here’s hoping that this show will find its footing and its audience. I will definitely keep tuning in, especially since it’s coupled with one of my favorite shows New Girl.

BEST QUOTES OF THE NIGHT:
Mindy: “God forbid you ruin the ending of Downton Abbey!”
Danny: “What the hell is this show and why does everyone keep talking about it?”

Police Officer: “When you are disorderly you are a raper of peace and quiet…”
Mindy: “That’s a little….ok

Mindy: “Before I leave would it be possible to get a tour of the Special Victims Unit?”

Danny: “You look great”
Mindy: “Sorry Danny I didn’t have time to get dolled up for you, because I was kinda busy freeing myself from wrongful imprisonment.
Danny: “Wrongful, my god you think they’ll ever catch the real drunk girl who fell into the pool?
Mindy: “That’s hilarious but I guess it’s not hilarious when you get arrested for a assault at a Bruce Springsteen concert.”
Danny: “First of all it’s a Springstein show not a Bruce Springsteen concert, you sound ignorant. Second you don’t show up at a Springsteen show wearing a John Cougar Mellencamp t-shirt unless you want to get punched in the face”.
Mindy:”Ugh, how did I get into this Springsteen Mellencamp conversation again?”

Danny: “Tight dress, shoes that won’t make you complain about walking two blocks, not a lot of makeup, look hot keep it simple.” (in reference to what a girl should wear on a date)

British Guy: “Yeah I’m not going to want to have sex with you in your forties, fifties and sixties…”

Mindy: “Maybe I won’t get married. Maybe I’ll do one of those eat, pray, love things…ugh no I don’t wanna pray, forget it I’ll just die alone.”