The release and eventual sale of these cars will benefit the charity We Can Be Heroes an organization fighting hunger in Africa. This campaign is inspired by the heroic efforts of the Justice League, and “encourages everyday people to join the fight by getting involved and donating to bring help and hope to the people most affected by the hunger crisis.”

Each member of the Justice League – Superman, Batman, Wonder Woman, Green Lantern, The Flash, Aquaman and Cyborg will be matched with a vehicle that is built to match the character’s “key attributes and character traits.” The first car to be released will be a Batman-themed Optima. 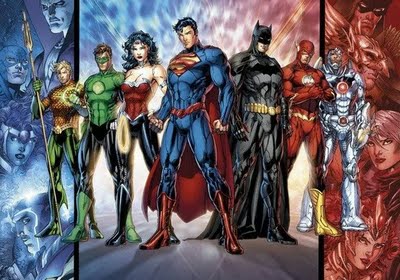 These awesome sounding cars will be debuted over the next 10 months at major auto shows and comic cons, including Wonder-Con and SD Comic-Con so go check them out and just maybe you might fall in love and absolutely need ride around Aquaman style.