PREFACE: We Date Nerds readers, a while ago one of our loyal Twitter followers Matt Jacobs (@alloymatt) sent us a message and asked if we would ever be interested in putting up a post on our blog about being married to a nerd. Our response? “Hell yeah, we would totally be down!” Fast forward a few weeks and here are proud to announce that have are very first Guest Blogger with what I like to categorize as his married to a nerd musings. Take it away Matt!

For those of you that are unaware, “Kickin’ Down the Door” is a term that refers to the game Munchkin, a personal favorite of both my wife and I, even though she makes me her bitch every time we play.

Nerd marriage is not that different from dating a nerd, other than the paperwork that exists to begin the union. As I understand it, there’s far more paperwork involved to get out of said union, but I can’t speak from experience on that. However, many nerds don’t really mind paperwork as it generally, involves some sort of list making and/or spreadsheet and everyone knows nerds and geeks, even if they may not enjoy collating, are generally pretty good at it.

My nerdism started with comic books when I was a child and Magic: the Gathering when I was fifteen. I’m 32 now and I still read comics and play Magic, amongst my many other nerdities. My wife’s came from her love of “X-Files” and video gaming. As I’m sure you could have guessed, our geekery has grown exponentially. We believe that having that common ground of both of us being nerds makes our marriage work better, and on different levels. We never argue about which TV show to watch, because we both know that either of us would rather watch Doctor Who or Firefly re-runs then to bother with what that stupid twat Snooki is up to or which sportsball team kicked a touchdown, or whatever. We don’t have to worry about where to go eat, because neither of us want to leave the house. We eat whatever can come to us. We just have to decide between pizza or Chinese. #PizzaForTheWin

That is, however, one superficial example of nerd marriage. I don’t want to focus on those things, because they aren’t what is important, the survival of love and passion is. I KNOW! You wanted to here about fist fights over games of Munchkin or horror stories of dragging the “ball and chain” to ZomBcon. This is not that, sorry…

It is my opinion that nerds, as a general rule, are smarter than the average bear. No…not the gay subculture, just as a turn of phrase. Nerds seem to be good at grasping liquid concepts without defined boundaries even if we prefer those boundaries. Love is a liquid concept. It has a different effect on every single person that experiences it, but there are still some pretty solid ideas within the concept. It’s like the universe…it is so vast it is immeasurable, and many of the constructs within the universe are not fully quantifiable, but we have learned how many things within those constructs work, none-the-less.

I also believe that nerds have a better sex life. Nerds have been role playing since LONG before it was a sexy way to “spice up your relationship.” Leave it to nerds to take gaming and find a way to turn it into foreplay. 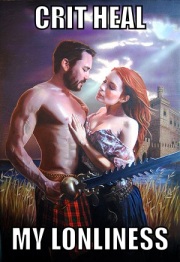 None of what I’ve been saying are good examples of the differences in nerd dating and nerd marriage…or even between nerd relationships and “normy” relationships. Having some common interests and a willingness to be flexible with your expectations and inhibitions are great ways to make sure any sexual relationship stays strong over time. However, it’s nerds that take the time to write these things down so others can read it and hopefully glean some important info from it.

All you nerd daters out there that are contemplating marriage, understand that the marriage equation is simple, as long as you don’t add any variables to the equation. Those factors will change the outcome. The biggest factors include children and polyamory, most of the other things that arise in a relationship will end up falling into the compromising category.

This article was written by Matt Jacobs. He has been a nerd/geek blogger since 2009. Check out more of his stuff on his blog, #MyNerdography, or Follow him on Twitter