Breaking news in the board game world, Monopoly is ruined….RUINED! Alright so I realize that most of you out there do a groan when you think about playing Monopoly, it’s too long, can get a little boring and almost impossible to finish BUT it’s a classic and you don’t mess with a classic…unless you are Hasbro.

In an attempt to revitalize the game (I’m guessing) they are getting rid of one of the the classic tokens. For those of you living under a rock those pieces are as follows: Battleship, Car, Thimble, Boot,  Scottie Dog, Hat, Iron and Wheelbarrow. 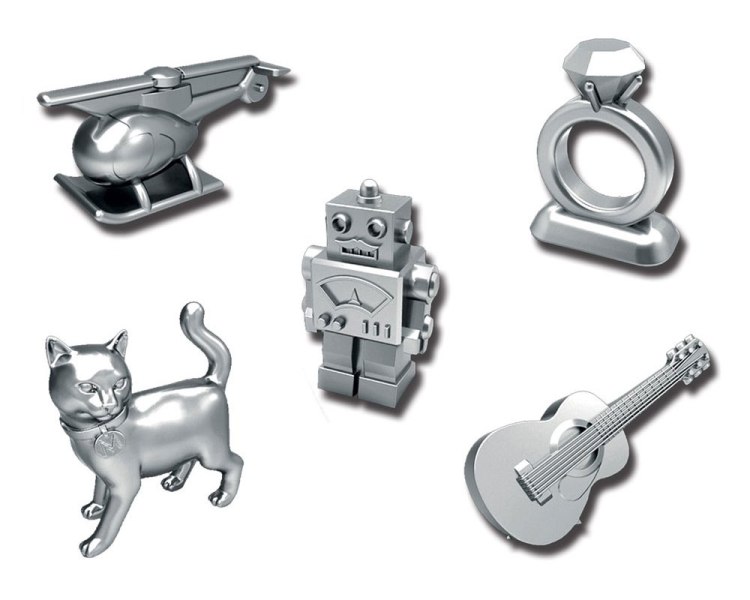 I guess it’s inevitable, one of the classics is going to leave us, so better go buy a Monopoly box now if you ever want to see the Iron or Wheelbarrow again (which are currently last in the race to survive) on your board.

In closing I don’t NOT agree with this decision Hasbro…but VOTE THIMBLE!!

3 thoughts on “Hasbro What Are You Doing? Monopoly Axes An Iconic Piece.”